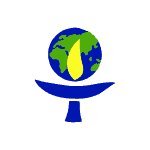 Do you want to recycle your fresh non-meat food waste, but do not know how? Below are two ways Tom and Carol Gibson do this. If you recycle food scraps in a different way, send the idea to Carol at CarolGibson4042@gmail.com and we’ll post it in next month’s Hawk.

Tom’s way – Vermiculture: For under $100 you can buy a three-level veggie scrap recycler (no onion, citrus, or pits). It fits in a closet or basement and also in a garage if it has a little heat in winter. It comes with easy instructions. You also need to initially buy some tiny red worms from
Uncle Jim’s online (they’re cute). Tom begins by placing the worms and food scraps in the lowest chamber, then proceeds filling chamber by chamber. Once the chambers have been filled, the worms will have migrated to the top, leaving rich compost in the bottom chamber. Tom then takes that part of the soil out to wherever it is needed in the garden, and places the now empty chamber on top, where he can refill it with food scraps and keep the circular process going. There is no smell because Tom mixes scraps with shredded newspaper in the food processor, making sure the result
is moist, but not wet (very important for discouraging stinky bacteria).

Carol’s way–dig a hole: When Tom doesn’t have time, Carol takes the accumulated scraps in her countertop lidded container to a secluded spot near her garage; digs a hole; dumps in the scraps; then covers them with soil. Carol has been doing this for several decades and never had a wild animal dig them up, but she is always careful to completely cover the scraps with at least a couple inches or more of soil. Some cities have restrictions on this process, so you may want to call.
P.S. A volunteer Black Walnut tree has grown to eight feet in the middle of the space where Carol buries scraps. Among other volunteers are Golden Ragwort, Canadian Anemone, and White Wood Aster. Over time, it’s become a small glen, closed in on three sides by a fence and two garages, and
she is still digging.

Rust Belt Riders- professional composters: As another alternative, you can sign up for Rust Belt Riders. They recycle all food scraps including
meat and chicken bones, plus some other organic material. Look for more details next month. Bins will be conveniently located in the UUCC parking lot, contract pending.

News for Cleveland Heights residents: The city is purchasing equipment to automate trash collection. Equipment includes Heil garbage and recycling packers equipped with front-end loaders, aluminum refuse ejector trailers, semi-tractors, and two carts for each household, one for
trash and one for recycling. The carts can be wheeled by residents out to the curb. A comprehensive outline of the transition will be published in an upcoming issue of the City’s Focus
magazine.

Are you interested in joining a group that works on projects to help the environment? The Unitarian Universalist Ministry for the Earth (UUMFE) meets the second Sunday of every month after service and coffee hour at 1:30 on Zoom. Contact Pam Schenk (pamelajschenk@gmail.com) if you
would like to attend.
-UU Ministry for the Earth