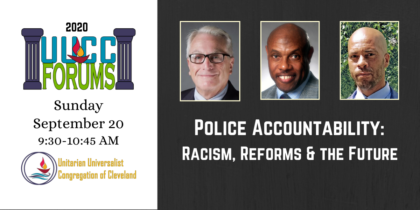 The U.S. has the highest prison population (2.3 million) in the world. Nationally, black men are almost 2 1/2 times more likely than white men to be arrested or killed by police. In Ohio 45% of the prison population is African American but they comprise only14% of the state population. How can police embrace reforms, and create trust between residents and police?